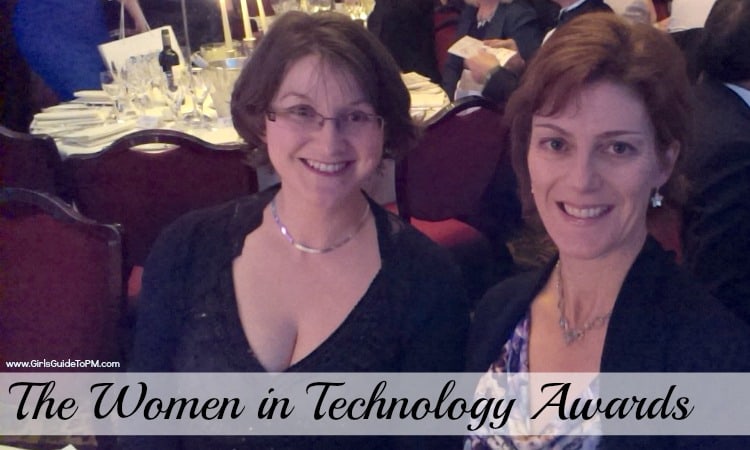 The inaugural Women in IT Awards were held in London on Thursday and I’d been nominated, with my colleague, for work on a large IT transformation project at Spire Healthcare (the project forms the major case study in my book, Customer-Centric Project Management, This photo is of us just before dinner was served. It was a glitzy night at Grosvenor House on Park Lane.

Ben Rossi, editor of Information Age which put the awards together, opened the evening after a champagne reception.

“Only 16% of IT professionals are women,” he said, “half what it was some years ago. Only 39% of women feel looked after by their industry compare to 61% of men. There are not enough people like you.”

He went on to say that the awards demonstrate the role that women can play in the vibrant world of technology. “Nothing is going to change unless there is a strong level of accountability,” he added.

Steve Garrett, Chairman of Salesforce, also gave a brief address. “Only 3% of Fortune 500 CEOs are women,” he said. “For the past 15 years women have earned more degrees than men but rates of women in IT have remained stubbornly low.”

He continued: “When women demonstrate the skills to succeed in technology that creates the conditions to inspire others.” He talked about how the industry needed all the innovators and professionals it could get to keep up with continuing economic and business change. “We dare not rely on or exclude a group,” he concluded. 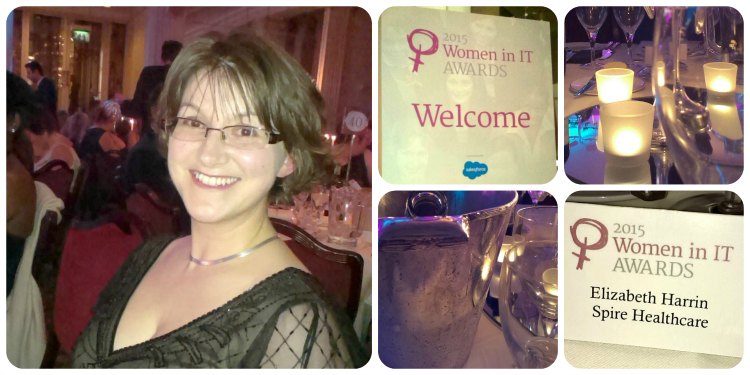 Maggie Philbin hosted the event introducing the finalists and the award presenters. The winners are:

Advocate of the Year: for a company that has run initiatives to support women in IT – Network Rail

e-Skills Initiative of the Year: for a company that has run a programme to encourage women and girls to build their digital skills and consider a career in ICT – Royal Bank of Scotland

Innovator of the Year: for a company where a woman was integral to the success of a program of corporate innovation – Unruly

Business Leader of the Year – Helen Lamb at Fujitsu

Public Sector Deployment of the Year – London Borough of Camden, although Exeter College got the biggest cheer as we were on their table!

Future CIO of the Year – Colette Mullan at BT

IT Transformation of the Year: for a company that has done a major successful IT transformation where a woman was an integral part. This was the award we were up for but we were beaten by the worthy winners – Royal Mail.

CIO of the Year – Anna Barsby at Halfords Group

Editor’s Choice: for a company that has done something exceptional to encourage women into the tech industry – FDM Group

Salesforce Woman of the Year: for a woman who has demonstrated IT excellence and innovation, shining a light on what can be achieved in technology – Emer Timmons at BT Global Services

The highlight of the awards ceremony was easily the presentation of the Security Champion of the Year award, presented by Betty Webb, one of the codebreakers based at Bletchley Park during WWII. She spoke briefly about having to keep her work a secret for 30 years and wondered whether that would be possible nowadays. They had no choice at the time, she said, or we wouldn’t have been sitting here in comfort today. Read more about the secret projects and amazing work of women in IT during the war here. The award was won by Cath Goulding of Nominet.

Despite not winning, it was a lovely evening, and inspiring to be surrounded by so many stories of wonderful IT projects and women achieving huge career success. If you’ve got the chance to enter professional awards you should definitely go for it. It’s a great experience to be a finalist, and you don’t have to win for it to be an achievement listed on your CV!

0 (0) The lovely people at Computer Weekly announced the winners of the IT Blog Awards last night at a presentation at Shoreditch House. And I’m really pleased to say that – thanks to you all – I won the Project Management category! I was also the runner up in the IT Professional Female category…

0 (0) It was the Computer Weekly Social Media Awards 2011 last night, and I was nominated in two categories. I won IT Professional Blogger of the Year, which was fabulous! Thank you so much to everyone who took the time to vote for me. Project management was poorly represented in the awards (we didn’t…

0 (0) This is the first in a 3-part series about managing cross-cultural and international teams. The world of business is continually shrinking: we work in an environment with real-time audio visual communication with colleagues on the other side of the world and online translation tools. Even small companies can operate internationally with outsourcing agreements…

0 (0) “The successful project communicator is a good networker and builds effective working relationships within the project, across the wider organization of which the project is a part and sometimes externally,” writes Ann Pilkington in her book, Communicating Projects. You need good communication skills in order to be able to do that, but what… 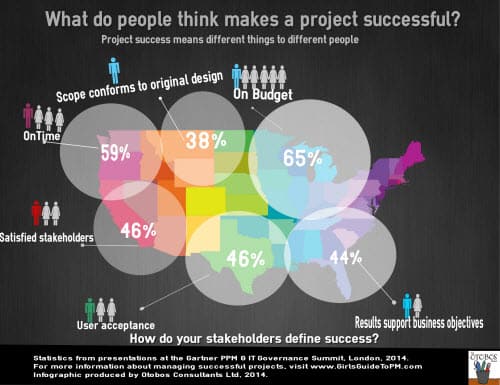 0 (0) In this video I show you what happened at the WeAreFutureLeaders conference held here in London for women aspiring to top leadership roles within their companies. I gave a presentation at the beginning of the day talking about Imposter Syndrome. How useful was this post? Click on a star to rate it! Submit…