In 2012, Helen Mason stood outside her home and looked at the road. Every day there were more frogs and toads that hadn’t made it to the other side.

The increasing numbers of dead amphibians made her feel that the local population of frogs and toads needed a helping hand to cross the road. So she set up a project to do something about it.

The frogs cross a busy road in Portishead to get to their breeding ponds. The toads can’t get up the curbs. Both species sometimes fall down the drains and get stuck.

Helen roped in a few more volunteers with buckets and torches to patrol the streets around the ponds between 6pm and 10pm at night: the busy time for cars and dusk for the migrating amphibians.

Together they saved 900 frogs and toads from traffic in 2013 but as with any project it was clear she needed more resources if they were going to achieve more.

Volunteers are onboarded to the project team with a guided walk around the areas, then allocated an experienced mentor and an area to patrol as part of a team. The team wear plastic gloves under their woolly ones – frogs naturally find the puddles to sit in so it’s easy to get wet and cold very quickly.

Sound like how you bring people on to your projects? OK, maybe not the plastic gloves bit!

The project estimating techniques you use also help Helen’s team work out how busy a night they are going to have. They predict the volumes of frogs based on the temperature. The colder the evening, the less likely it is that the frogs will be on the move.

When the frost lifts, they come out in their hundreds.

“Toads are easy to pick up,” Helen says. “In the bucket the males will often get on top of the females in the mating position. Frogs, on the other hand, are noisy and jumpy.”

Once across the road in the safety of a bucket, the amphibians hop along to the breeding ponds.

The migration season lasts 5 weeks (and it happens in the spring) so while the overall duration of the project is short, there’s high effort involved for that time.

Saving frogs is one thing, but wouldn’t it be good if the problems didn’t occur in the first place? The problems are compounded by the fact that Portishead isn’t your typical toad crossing. “Amphibians are crossing a number of roads and could pop up anywhere on the housing estate,” Helen explains.

The Frog Patrol are proactive with issues management. A tunnel under the busiest roads would help, but that’s an expensive and complicated project. They’ve already got road signs which are a help for warning motorists of the likelihood of toads underfoot (or under wheel).

The teams works with the council to put wire ramps in the drains to help stranded toads and to expand the search area with more volunteers.

Helen predicts they need 16 people a night to take on shifts, and the more volunteers they have, the less everyone has to do.

There are some people in the local community who won’t be volunteering though: Helen offers a frog removal service for a neighbor with a phobia of frogs every time one turns up in her garden.

Metrics help you measure the success of your projects, and Helen’s initiative is no exception. They count every frog and toad to make detailed reports to Froglife, a UK-wide wildlife charity dedicated to amphibians and reptiles. Last year a team of 27 saved 1500 frogs, toads and even 4 great-crested newts, one of the UK’s rarest species.

“They’ve got lovely stripy fingers,” Helen says. Ecologists had previously been unable to find evidence of the newts in the area so the meticulous data collection of the Portishead Frog Patrol has helped there too.

They also count the dead frogs and send off all the data to help form a national picture. This data is in turn shared with the European Network for the Protection of Amphibians and Reptiles from Transport Systems (ENPARTS) to inform ways of protecting wildlife across Europe.

As with any project team, knowing they’ve done a great job is also a consideration for judging project success. One of the youngest volunteers, a 5 year old girl out with a parent, said that collecting the frogs was, “the best day of her life.”

Would you like to volunteer? Find a frog-saving project near you via the Toads on Roads project.

I’m not a great one for making resolutions so this year I thought I’d take a different look at things. Instead of setting myself up for failure by making promises to do new things, I wanted to turn it on its head. Let’s look instead at the things to stop doing. Here are the 5…

I was at the International Congress for Project, Programme and Risk Management last Wednesday and Thursday and listened to some really interesting speakers. Liz Underhill, Programme Manager for the London Olympics Programme, spoke early on the first day about the progress so far on planning for the Games. What struck me about her role is…

“I don’t think there are any magic bullets to deal with the uncertainty we face,” said David Cleden, when he presented at the Gower/NCPM Experts’ Forum earlier this year. His presentation was on organisational strategies for dealing with uncertainty. Cleden brought up the famous ‘known/unknowns’ diagram and pointed out that the commonly-seen version with four… 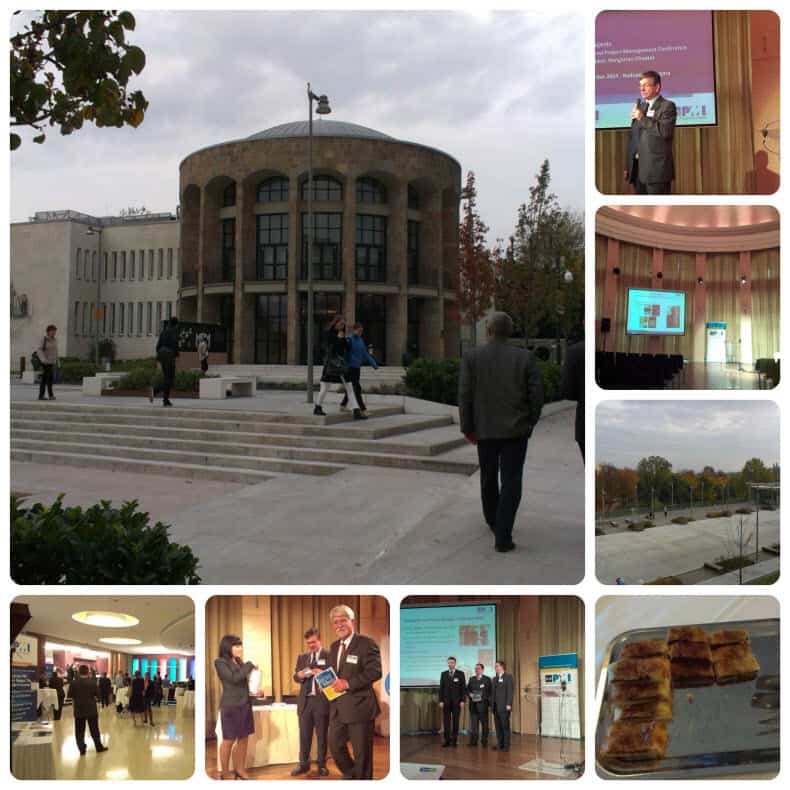 Starting with the big image and going clockwise: The MOM Cultural Centre which hosted the conference Chapter Chair introducing the day The amazing round room View from the balcony over Budapest Traditional Hungarian snacks: apple and cherry strudels Endre, Project Manager of the Year, receiving his prize One of the tomobola winners collecting a copy…

President Jonathan Clay is keeping the wheels turning behind the scenes of the PMI UK Chapter. Learn more about what he is up to in this interview.