“When what you do is not unique, the way that you do it makes the difference.”

That’s how Ricardo Triana, Chair of the 2014 PMI Board of Directors opened Synergy last Thursday. Synergy, organised by PMI’s UK Chapter, was attended by around 600 project managers from around Europe.

“Project management,” Ricardo went on to say, “is the way to create a difference.”

“The way you get yourself to do really interesting stuff is to put yourself in front of the people you respect the most and tell them you’re going to do it,” said Tim Smit, co-founder of the Eden Project. “The shame of not doing it gives you the energy to do it.”

He was an engaging speaker, talking for nearly an hour without slides or notes and I think by the end of it we all would have worked for him for free, like so many people on his regeneration projects. He had a lot of people on the Eden Project who had given up good jobs to work unpaid, pending confirmation of funding from the Millennium Commission.

The funding announcements were sent out. And they didn’t make the shortlist of funded projects.

Knowing he had a responsibility to his project team, Tim set up a press conference, complete with champagne and high profile media outlets. He made a short speech: “Millennium Commission: we love you!”

The next day there was a great editorial in The Times saying what a brave decision the Commission had taken to fund the project. Over the coming weeks, more media outlets looked forward to the opening of the Eden Project and praised the foresight and brilliance of the Commission. Over the following months, the Millennium Commission “reassessed” their decision. Eden got the funding it needed.

No one can say that Tim doesn’t believe in the projects he takes on. “When you get close to a brick wall, nine times out of ten there’s a door painted to look like bricks,” he said. “Take the risk and then you’re doing it: that makes it a lot less risky already.”

Jane Sparrow, Managing Director at The Culture Builders, explained how to create a culture of high performing teams. “There is no magic Tinkerbell forumla,” she said. “It all comes down to small actions.”

She talked about two types of people: Savers, who do a good job for you, and Investors, who perform their best every day. In a highly performing tea you want Investors. You get them by carving out time to make people feel valued and by having clear views around:

Max McKeown, a strategic advisor and author, drew his presentation on huge panels on the stage. Starting with a crisis in the middle, he drew backwards and forwards explaining how experiences in the past shaped responses to the present and how the future could be carved out by those willing to try new things.

“People respond in different ways to the same stimulus,” he said. “Be alert to the weak signals that alert you to things that are changing.” He shared some strategies for coping with what’s coming on the tidal wave of change:

“In times of great change make it acceptable to listen to the mavericks [in your business] and to act a bit more like them,” he said. “Strategy is the ability to shape the future. You don’t have to be surprised.”

Music and dancing: The Blues Band and The Silent Conductor

OK, there wasn’t much dancing. We are project managers after all. There was a bit of swaying and some excited shuffling in chairs, and you wouldn’t normally expect that at a project management conference.

The Blues Band helped us write our own project management blues song and then sang them (only one person was brave enough to sing her own song) during the breaks. Steve Barnett, The Silent Conductor, closed the event by leading the audience to create tunes without saying a word. Hitting the glass tumblers with sticks was my favourite part: it felt very much like something I shouldn’t be doing. Between the clapping, oooos, aahhhs, wows!, clicking fingers and rapping on the tables we made a passable attempt at music.

Not every presentation hit the top notes and the biscuit selection left something to be desired but it was a varied and interesting day. I wasn’t sure that the event committee could match last year’s event but they pulled it off. Can’t wait to see who they come up with for next year.

This article first appeared in 2014.

Remember the new London women’s networking group, WeAreTheCity? Their launch event was a huge success:  hundreds of women queuing around the Monument branch of House of Fraser, all anticipating a free makeover, champagne, a fashion show and a prize draw with some excellent gifts. Two glasses of champagne and two fairy cakes later (the main… 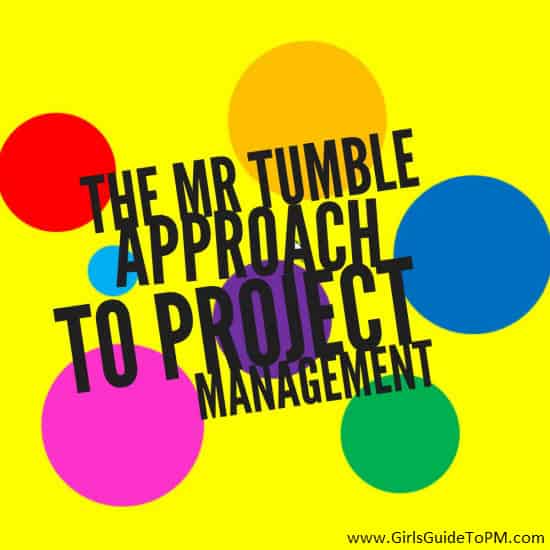 I said we’d never resort to television while Jack is still under 2, it’s not good for his development, language learning, he’s too young, blah blah blah. But we’ve soon found out that the gap between the end of his nap around 4pm and tea at 5.30pm is awful. So hello, Mr Tumble. You are… 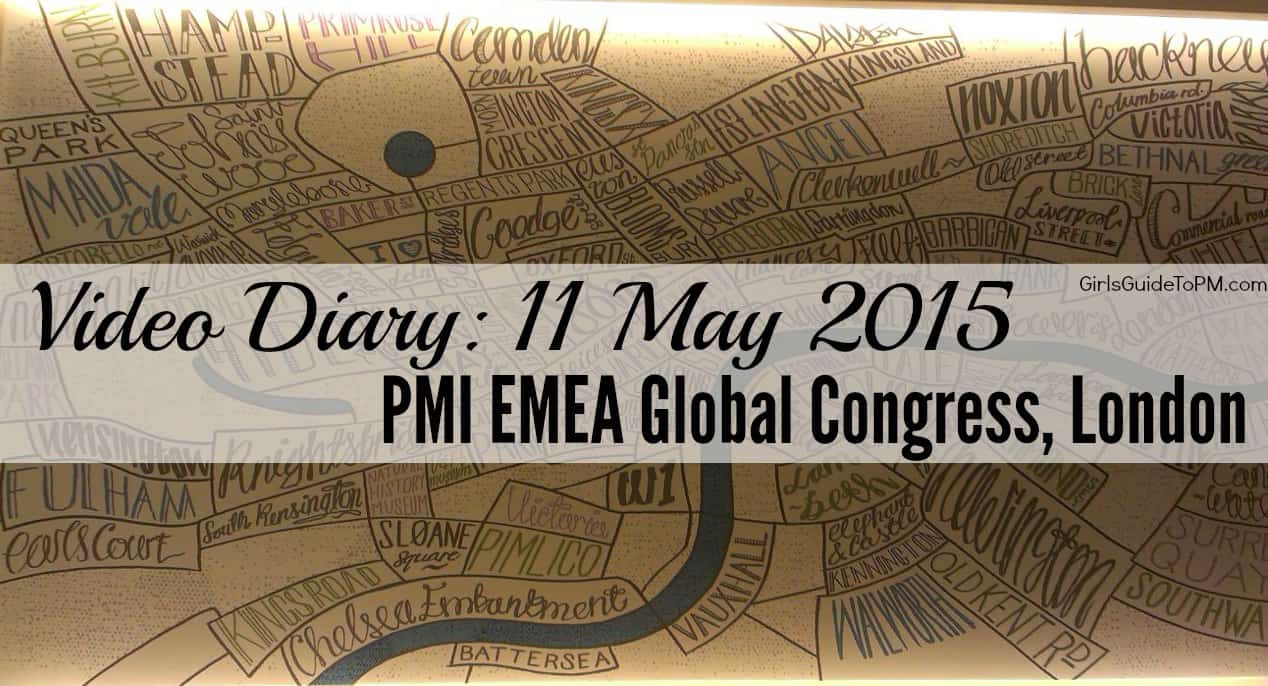 This is my video diary for 10 May 2015 from the PMI Global Congress EMEA in London.   How useful was this post? Click on a star to rate it! Submit Rating

In this video you’ll see a snapshot of the PMI UK Chapter’s 2013 Synergy conference, held in London on 8 November. How useful was this post? Click on a star to rate it! Submit Rating

I’ve got the session feedback back for my presentation on Social Media and Project Management at PMI’s Global Congress in October. It’s mixed. 192 people attended the session, and 65 filled in the feedback forms. Feedback ranged from: “It was awesome to hear her points and research.” “Outstanding.” “Extremely pertinent in today’s PM world.” “Right…