I think it’s about time I explained a little more about the projects I’ve got on the go at the moment. My role is about two-thirds projects and a third operational management. It’s the first time I’ve had an operational job and it’s great. I think what I like about that part of my day is that I can actually make something happen quickly and see immediate results. Projects take so long to get off the ground, and even when they do by their nature they take while to deliver anything, however small. (It could be worse. I was eating in the cantine with a colleague who’s role is corporate governance and strategy advisor. He told me that he never makes anything original as he reviews information and passes judgement.)

The two projects I have at the moment are:

I thought the directory project would have delivered something by the end of last year, but unfortunately resources and priorities meant it wasn’t so. We still don’t know exactly what we should be doing, so I’m arranging some consultancy to help out. The eMeeting project is a bit of nightmare. Our licences are due to expire at the end of the month and at the moment we don’t have replacement ones, but people are booking to use the software in March. Hopefully I’ll be able to sort that out next week: if not I shall have some very unhappy users.

0 (0) In February 2011 I fell off the stage while giving a presentation. I was talking about using social media on projects to PMI’s UK Chapter, giving The Presentation With The Mixed Feedback that I also delivered in Washington the year before. The event was hosted in the wonderful Thomson Reuters auditorium, although it…

The UK doesn’t celebrate Thanksgiving but that doesn’t mean I’m not grateful to those people who have helped me improve my blog this year. Here’s a short video of thanks and a shout out to a few special people who have made a big difference to my blog and my company in 2015. And thanks to you, for reading! 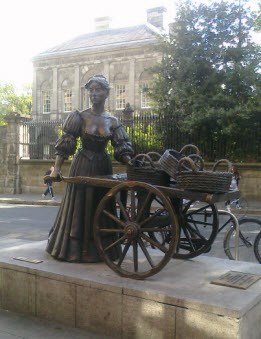 0 (0) PMI Global Congress EMEA was attended by 808 people from 54 countries. The countries that sent the most delegates were the United States (weird for a European event, but someone I spoke to said it was a good networking opportunity), the U.K., Ireland, Italy and Germany. I also met people from the U.A.E.,…

0 (0) This video shows highlights from the 2008 PMI Global Congress in Denver. How useful was this post? Click on a star to rate it! Submit Rating

0 (0) I heard from the publishers today that the first copies of Project Mangement in the Real World have come off the press and are looking great. If you’ve pre-ordered a copy, it should be on its way out to you shortly. There won’t be a blog entry next Monday as I’ll be speaking…

0 (0) On Monday I attended the Gartner PPM & IT Governance Summit in London. Richard Hunter from Gartner was one of the speakers during the opening keynote and he said that when the Standish Group’s first Chaos report came out in the 1990’s it flagged project management as the largest risk facing businesses at…