In a recent interview we asked Carole Osterweil, author of Project Delivery, Uncertainty and Neuroscience – A Leader’s Guide to Walking in Fog for her top tip for working in a VUCA environment.

VUCA environments can be stressful and anxiety provoking. Carole explained that this impacts our ability to think clearly, increasing the chance that we’ll misread the situation and behave in ways which raise the stakes and add complexity.

Anything that can help you navigate those difficult situations has to be helpful, right?

Carole recommends everyone involved in project delivery acquires a basic understanding of how the human brain works and uses this knowledge to inform their actions.

Unconvinced? Think about the projects you’re working on. How often have you seen a team member becoming defensive or a client getting wound up and quite aggressive over something relatively minor?

Or perhaps you’ve sat in a meeting when you suspect that several others, like you, are convinced that the discussion is adding no value, or even worse it’s downright unhelpful – yet nobody does anything about it.

Today we’re turning over the blog to Carole. She sets out five Brain Basics that you should know as a project manager. She shares how you can spot what’s going on beneath the surface in these highly charged moments, and explains the SCARF framework as a way understand and respond to behavior – both from yourself and others.

Ready to get into the details of the SCARF Framework? The concepts explained below will help you manage change on projects effectively.

Brain Basics and the SCARF Framework

Let’s start with some ‘brain basics’ before we look at what SCARF stands for and how you can use it as a project manager.

Take a moment to reflect on charged moments you’ve been party to. Use the five Brain Basics to consider what might have been going on beneath the surface. How does thinking in terms of ‘avoidance’ and ‘approach’ emotions and behaviors help you make sense of the situation?

Social threats cause avoidance behaviors, so we need to understand what they are and where they come from. That’s where the SCARF framework comes in!

What is the SCARF model?

There are five factors that the brain is always monitoring that have a huge impact on how we behave.

David Rock of the Neuroleadership Institute developed the SCARF model to explain those factors.

We are acutely sensitized to look out for these factors. SCARF stands for:

When people sense a change in any one of the SCARF factors, it can activate an avoidance response. The bigger the change the stronger the response!

An example of SCARF in action

Picture Stefan who has arrived on time for a performance review meeting. His new manager has been in post six weeks, yet they’ve spent hardly any time together. Looking through the door Stefan sees someone else is in the room and is in the middle of a very animated conversation. The longer Stefan waits the more unsettled he becomes.

His manager’s unthinking actions have challenged his sense of status (S). As time goes on Stefan becomes less certain (C) about what to expect and how the meeting is likely to pan out. He feels less in control of his destiny (A).

When the meeting eventually starts. Stefan finds it harder to gather his thoughts, hear positive feedback or think collaboratively. His manager finds him defensive.

We see and respond to social threat in the most mundane situations. These threats do not have to be explicit, intentional or real. We only have to perceive that our status has been reduced or that we are being treated unfairly and we will respond with avoidance behaviors.

The converse is also true. When we believe we are being treated fairly and that we have a degree of control over the future it’s easier be highly productive. We want the feelings of excitement and trust that come with engagement.

SCARF guides us to five areas that need to inform all our actions in organizational and project settings.

For example, by highlighting our desire for certainty, SCARF tells us that the prospect of change – whether a tweak to the IT system or wholesale digital transformation is likely to activate a threat response. We need to include this knowledge in our project planning, and make sure that we prioritize activities to reduce the degree of uncertainty and counter the threat response.

This means speaking to people about the vision for the future, and sharing plans for achieving objectives; it means explicitly discussing what you do know about the future and being willing to admit what you have yet to work out; and it means offering timescales or admitting ‘we can’t tell you now but we will tell you by …’

Read Next: How Change Management Fits Into Projects

This table taken from Project Delivery, Uncertainty and Neuroscience gives further examples for using SCARF in organizational and project settings.

We’ve seen from Brain Basics and the discussion of SCARF and that every interaction with another person triggers a change in the intensity and quality of our emotions. Most of us are unaware of the ebbs and flows of our emotions.

Yet it’s these changes, driven by our innate need to survive, that determine how we behave.

In this video, David Rock from the Neuroleadership Institute talks about threat/reward and how your brain responds to situations – so you can go deeper into the science of how understanding your brain helps with leadership, team management and dealing with change effectively.

On projects we rarely work in isolation. There are as many sources of social interaction and emotional triggers as people in the proverbial room (which includes those we connect with digitally via email, video and social media). This means we must:

It will stop you adding to the volatility uncertainty, complexity and ambiguity of VUCA environments. It will bring down stress levels, reduce distractions and allow you to focus on what really matters – achieving your project goals.

This is an edited extract from Carole Osterweil’s book, Project Delivery, Uncertainty and Neuroscience.

And if you’ve just got a new manager, like Stefan in the example above, take a look at these 7 things you should do when your boss changes. 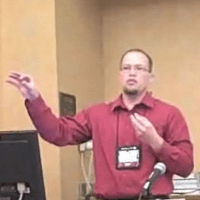 It’s January, which means it is cold and grey and we are looking to do things better than last year. That’s why I’m spending January focusing on coaching and the role it can play in improving your performance and that of your team. Today I’m talking to project management coach Josh Nankivel about what he…

This is a guest post by Dave Gordon. One of the most common causes for IT projects to slip into “troubled” status is missed requirements. In many cases, this is because the subject matter experts don’t think of all at the functional requirements at the beginning of the design stage. In other cases, technical requirements… 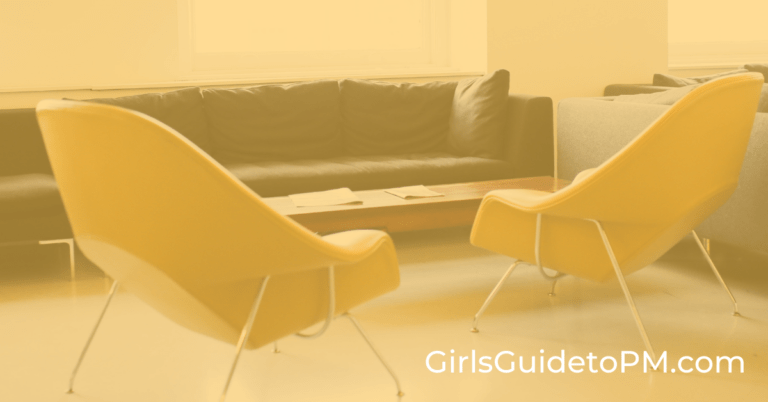 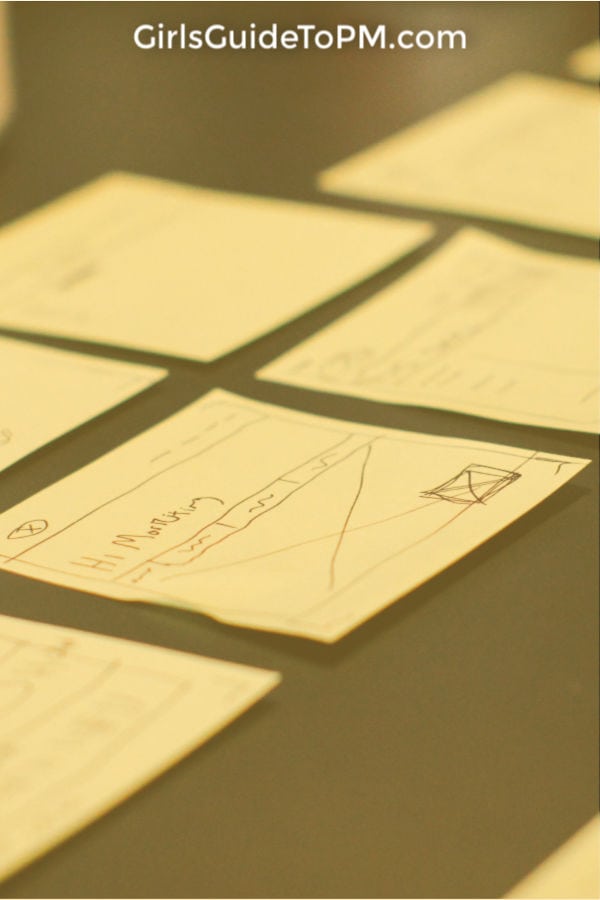 Get a free done-for-you list of example project success criteria in this article, along with everything you need to know about writing and using success criteria for your project. It really is the definitive guide! 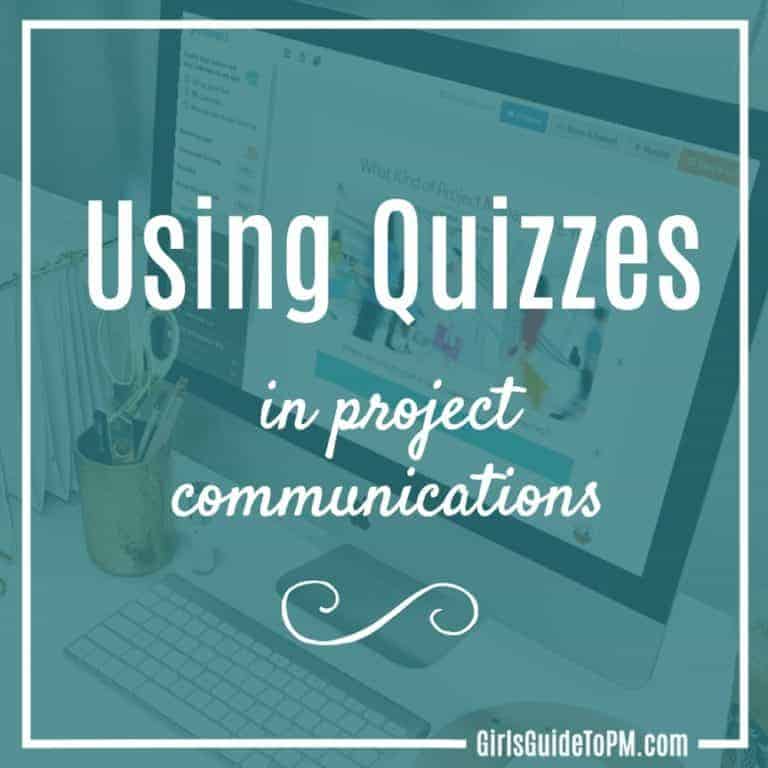 A couple of times people have said to me that sharing the project budget with their team members is Not A Good Idea. I don’t know why that is the case – they are stakeholders too. I think it is essential to be transparent about the budget, how it was created and how you, as…