Last Thursday I had dinner in Café Royle – Google’s staff canteen. Google were hosting a birthday event for Girl Geek Dinners (strapline: definitely does compute) to celebrate their third anniversary.

Girl Geek Dinners is a bit of a phenomenon. Sarah Blow set up the non-profit community in London over three years ago and now girl geeks meet up for a meal world-wide.

Google’s London offices are in Victoria, where everything good is one tube stop away, as one employee told me. Google makes up for that – they have an impressive range of staff services on site to take the hard work out of daily life. You could argue that by serving free breakfast, lunch and dinner in their canteen Google are encouraging people to work long hours. All the Google staff I spoke to admitted to doing long days, but they all appreciated that the company’s attitude to work/life balance meant they could take time out in the afternoon for swimming or come in really late.

The food was excellent, and then I went to get a cup of tea (leaf tea made in a Bodum pot!) and discovered the chocolate station. One mini-sized bar of Green & Black’s later and I couldn’t even fit in a birthday cake. Although they did look lovely and I am going through a cupcake phase right now. There’s a shop at Seven Dials (Covent Garden) which does excellent, ginormous cupcakes.

After dinner Karen from Google spoke about goal-directed design for websites, using YouTube for mobile as an example. This was relevant to project management, especially scope-setting and requirements gathering phases. She said that designers should focus on what a person could get out of using a well-designed product, for example, people want to write a letter, not write and save a Word (or Google Docs) document.

Google designers also use the concept of personas to target their designs. They create ‘real’ people with profiles and this helps avoid self-referential design or design by committee ie putting in functionality because it’s cool, not because it adds benefit to the end user. I thought this was a good concept – I might try to think through some project personas to help focus on what my end users are getting out of my software projects.

This was my first GGD event: I hadn’t thought I’d be geeky enough to attend. Although I did meet some serious programmers I also met a marketeer and a couple of other people who were about as technical as me and gave me the confidence to go back. The forthcoming events that Sarah announced seem pretty technical but I’ll keep an eye on the mailing list for anything that might be interesting and let you know how it goes!

Watch Part 1 here. The video begins: Hello, welcome back to video 2 of my training series, 2020 Project Management. My name is Elizabeth Harrin, founder of Project Management Rebels and the blog, A Girl’s Guide to Project Management, and I’m delighted to be back here with you. In this video, we’re going to be…

I’ve rewritten the 12 Days of Christmas with a project management focus. I hope that you enjoy it!

In this very personal post I explain how I’ve lost my way as a project manager, what I’m doing about it and what is going to change. 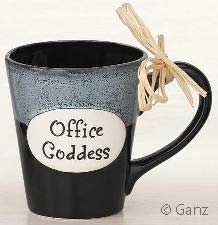 On my mission to turn you all into Office Goddesses, I spoke to Heather White, CEO of The Magic of Networking Ltd, a coaching, training and consultancy firm packed with experts in corporate and career networking. Networking is often something women find especially hard to do.  I mean, what’s the point?  It’s all chewing the…

Learn more about what project management in healthcare is like in this interview with Nada Abandah.

There’s plenty written on why women don’t get the top jobs in project leadership – but there’s an assumption there that they want those jobs. I know many women do want to take senior jobs, and we do need to work at eradicating the reasons that cause talented, dedicated, knowledgeable women to miss out on…