Phil Hayes is a coach with over 20 years experience in team development. He’s executive director of London training and coaching company Management Futures. I spoke to Phil about how team coaching can work with project teams.

Phil, I’ve heard about coaching individuals, and I can see how you could extend that to a functional team that works together. But project teams come together for a short period of time so how can coaching work in that environment?

The less connected the team is likely to be, the faster it needs to agree how it’s going to work. It’s more important for loosely affiliated teams. It’s key to establish ground rules early on and practical protocols for how the team is going to work together.

This includes the team ethos and acceptable interpersonal behaviors as these can create friction.

Project managers rarely have line management responsibility for their team members. Does this help or hinder team coaching?

Where the project manager is not the line manager it creates a stronger case for working on the communications and values aspects of the team. Team coaching with project teams is about getting the team aligned as quickly as possible.

With project teams, individuals bring in the interests of their own parts of the organization or even from external organizations and as a result the politics and dynamics of the team can be much more complex.

The whole system comes into the room with the individuals — it’s not like working in the goldfish bowl of the intact team that has regular contact and shared long-term goals. Team coaching interventions are vital to establish how to get the best out of each other and how to handle conflicts.

Yes, there can be a lot of baggage that people bring into the project team from their normal functional role. That sounds complicated to manage. Is a project manager equipped to hand these challenges?

Sometimes they are not! Project managers themselves can sometimes benefit from individual coaching. Often they are skilled technical experts with poor people and leadership skills.

If you do want to give team coaching a go, what should you consider?

It’s best to have a background in at least one of four areas: training, 1 to 1 executive coaching, organizational development consultancy or facilitation. Preferably in more than one of these areas.

OK, that probably rules out a lot of project managers. Knowing how much damage could be done if a team coaching intervention doesn’t work out as planned, it might be a good idea to call in the experts! How did you get into it?

By osmosis, really. I started working with teams over time, delivering , team facilitation and training. Teams started asking for me to work with them. You have to build a reputation in those areas but there is no clearly defined career path. In a sense, you have to look for the work.

So if I want to get a professional, experienced team coach to help my poorly performing project team, what should I look for?

You want someone with a track record who can demonstrate through case studies and examples the benefits of team coaching. You should ask for references and you should feel that they are personally credible.

That’s a bit subjective, but it’s a combination of personal impact and track record. They should be easy to work with, and they should talk about pragmatic outcomes, not theory. It’s a very practical discipline. The teams I work with want results, not rhetoric, so look for someone who is grounded in practice.

OK, so let’s say I’ve found my perfect team coach. How do I convince my Project Sponsor to pay up?

It depends on the Sponsor! There’s not much research on team coaching, but organizations like CIPD have done some work on the efficacy of different interventions. You could get someone who has been through the experience of team coaching to talk to them about it and the benefits they have seen. If that doesn’t work, try talking to them about the consequences of not addressing the issues. What is the cost of not developing the potential in the team?

Good point! Team coaching is the next natural step from activities. Not everyone is going to be able to afford the investment in a team coach, or be capable of doing it themselves, so what’s your top piece of advice that we could use to put coaching principles to work on our teams tomorrow?

Creating authentic communication in teams means getting beyond facts, beyond opinion, to feelings and values. A lot of energy can be subverted because of the fear of saying how people really feel.

Ask yourself if your project team can communicate congruently, authentically and honestly and if the answer is no, focus on how you can build trust in the team. Getting people to trust each other more is at the heart of building effective teams.

Read the review of Phil’s book, Leading and Coaching Teams to Success, here.

Learn more about this training course in my PMI Wicked Problem Solving review.

This short series is looking at coaching in a project management environment. Today I’m interviewing Susanne Madsen, author of The Project Management Coaching Workbook and herself a coach. Hello Susanne. Tell me, what made you go into coaching in the first place? I started coaching and mentoring project managers because I wanted to make a…

For those of you who would prefer to read rather than watch the video, here’s the transcript: Elizabeth Harrin: I’ve come to Victoria in London and I am looking for the Microsoft offices. I’m going to be chairing a round table discussion there today about project management in the collaborative age, and the things that…

The UK Government has done a lot to improve the perception and delivery of major public sector projects. Find out how their improvements to governance structures have had a tangible effect on making sure projects hit their targets – and calling out those project leaders who haven’t managed to achieve what they set out to do. 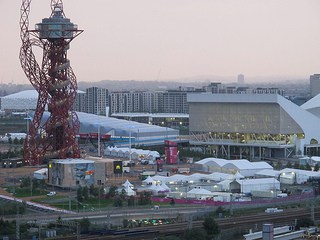 Louise Hardy, infrastructure manager for the construction work for the London Olympic and Paralympic Games, gave a presentation at a PMI event about the project work involved in preparing for London 2012. She said she had been involved in the programme for five and a half years and that as part of the delivery partner…

A Girl’s Guide to Managing Projects has been shortlisted for the Computer Weekly IT Blog Awards 2008. I’d be very grateful if you’d consider voting for me, if you consider this blog worthy of the accolade! Deadline for voting is 31 July. How useful was this post? Click on a star to rate it! Submit…