I spoke at the Association for Project Management (APM) conference in London yesterday. My presentation was on equipping project managers to work in ways that reflect the challenges faced by modern businesses: the credit crunch, outsourcing and offshoring and the role new technology has to play in 21st century ways of working.

I arrived just at the end of Geoff Whittaker’s presentation on objective-setting for project managers and in time to see the joint Q&A session with Geoff and David Daly, who writes the excellent blog Outside of the Triangle. David’s talk was on the state of project management and while I didn’t get to see it, he had produced a detailed paper which I read through. The audience was asked to vote on some questions as part of the Q&A and only 61% agreed with David’s thoughts that project management has reached a mid-life crisis.

I was one of the 61%, and central to my argument was the fact that we’re not working as smartly as we should be. It was daunting to stand up knowing that 40% of the audience felt that everything was fine in the world of project management and we don’t need to change anything.

After lunch it was my turn, and as I clicked on to my first slide I had the horrible realisation that the version being beamed on to two huge monitors either side of me were from an old version of my presentation. The audio-visual company had had some problems and for whatever reason they hadn’t received the latest copy of my slides. Luckily they hadn’t changed much so I don’t think it bothered the audience at all but it certainly threw me off balance as the version I had on the lectern with all my scribbled notes on wasn’t the same as what was on screen. I wasn’t behind the lectern most of the time anyway, if I’d stood behind it no one would have been able to see me.

I was invited back to the awards dinner last night (thanks, Nick!) but unfortunately the stress of the day took its toll and I left before the end of the ceremony with a killer headache. There’s a full list of winners on the APM website.

There was some interesting feedback from my presentation as the session I shared with Martin Price also had interactive Q&A with an audience vote and I’ll come back to that in another post – and I’ll also put the correct version of the slides here in case you’re interested in what you should have seen! 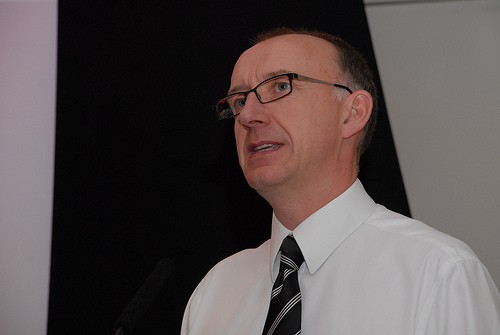 Agile is: Change friendly Iterative Collaborative Chunked delivery Communications focused Business focused Scope tolerant Quality focused (if you do it correctly!) These were the themes that set the tone for Keith Richards’ presentation at the APM Conference in London last month. “The basics of project management seem to have been thrown away with some Agile,”…

I think it’s about time I explained a little more about the projects I’ve got on the go at the moment. My role is about two-thirds projects and a third operational management. It’s the first time I’ve had an operational job and it’s great. I think what I like about that part of my day… 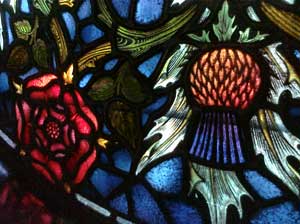 “I left school with minimal qualifications,” said Roger Clutton, Programme Director at Lloyd’s Register Group Services Ltd. “I was probably programmed to feel not good at things.” Clutton is the self-confessed project manager for “horrible projects” at the risk management organisation which provides risk assessment and risk mitigation solutions across the UK. Lloyd’s started out…

“When what you do is not unique, the way that you do it makes the difference.” That’s how Ricardo Triana, Chair of the 2014 PMI Board of Directors opened Synergy last Thursday. Synergy, organised by PMI’s UK Chapter, was attended by around 600 project managers from around Europe. “Project management,” Ricardo went on to say,…

I didn’t have the opportunity to meet Brian Weiss, VP of Practitioner Markets for PMI, at Synergy last year because Hurricane Sandy stopped him from making it to London. However, since then I have had the chance to catch up with Brian and find out more about his role at PMI. Here’s what he had…