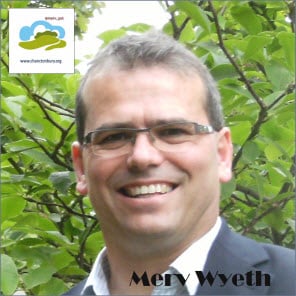 This is a guest post by Merv Wyeth, Project Management Consultant at Chanctonbury Associates Ltd.

Imagine my delight at being selected to participate in an invitation-only event about management methods. However, a condition of entry is that each participant is expected to address their colleagues using a twenty minute TED talk format, which seems to be the rite of passage in certain quarters.

The actual TED talk principles are refreshingly simple and make me think of those that accompany the Agile Manifesto like, ‘Simplicity – the art of maximising the work not done – is essential.’ The TED principles are written as modern day commandments, and include ‘Thou shalt tell a story, remember all the while laughter is good and be vulnerable, speaking of thy failure as well as success.’

A lesson in storytelling

Recently I attended an APM event with Stephen Carver. He spoke about successful project management through telling stories – sticky ones at that.

Throughout the evening Stephen demonstrated his storytelling prowess and explained how the skill is a key part of project leadership.

He explained that sometimes you really do need to be that little bit theatrical to win hearts and minds. Instead of the usual dry, trite phraseology and business vocabulary trotted out at business reviews and Board meetings, we should learn from others how we can use a compelling narrative to build commitment and paint a picture of the future.

Stephen used pictures and memorable video clips to drive his various points home. In his opinion a good project has some striking similarities to a good story. It:

Part of storytelling is projecting the right image of you, your project and your message – one that sticks, and one that people will remember. Cameron Russell did this when she gave one of my favourite TED Talks to date: Looks aren’t everything. Believe me, I’m a model. She makes an outfit change on stage which is designed to transform the audience perception of her in 10 seconds flat before telling her story, warts and all.

If image is powerful, when coupled with social media it is dynamite – she says that if some of the audience were horrified when she first appeared on stage that she would find out later on Twitter.

I applaud the way she plays down becoming a model as winning a genetic lottery and receiving the legacy of how beauty has been defined in the modern world. She discloses, apparently for the first time on camera, that she is insecure.

Her concluding remark – the story’s message – is that she hopes we will all feel more comfortable acknowledging our perceived successes and our perceived failures. It’s a story that stuck with me and a good example of how to get your message across in a powerful way.

Another event I attended in the same week as seeing Stephen speak was a motivational masterclass with Paul Browning, organised by APM’s ProgM SIG. I saw another example of powerful storytelling in action. Paul uses the lives of Stuart and Frank, who represent success and failure, and their relationship with the G.Y.M. (Grown your mind) to demonstrate how, in any business or profession, it is the dynamic goal-achievers who consistently succeed.

He described the life and works of Adolf Guyer-Zeller, a Swiss entrepreneur, who was able to inspire others with his audacious idea to build a railway track via a long tunnel through two mountains to the summit of the Jungfrau. Testament his leadership was that others were sufficiently motivated to see his work through to completion long after he died (1899). The railway to the top of Europe was completed in 1912 – nine years later than originally planned, so not a project that hit its delivery date, but one that was inspired by the power of story.

What story are you telling about your project? Do you even think storytelling is something that project managers should consider? Let us know in the comments.

About the author: Merv Wyeth blends project and business change expertise with learning technologies for event, meeting and conference success. He is a project management consultant with Chanctonbury Associates Ltd.  You can find Merv on Twitter.

Watch my free webinar training on the 3 critical skills you need to manage multiple projects. Learn the skills you really need to juggle all your work! “There’s another project I’m just waiting to hear about,” said my sponsor. I silently groaned. I was already managing a couple of projects and while I probably could…

Find out the common reasons of why projects succeed or fail and make sure your projects are successful.

I listened to Rich Maltzman talking about his forthcoming book Fiddler on the Project (co-authored with Ranjit Biswas) on Controlling Chaos, way back in July. We’ve been corresponding since, trying to find time to talk about project management and authoring. I finally got round to asking him some questions last week, and from the sounds… 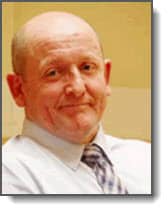 Phil Hayes is a coach with over 20 years experience in team development. He’s executive director of London training and coaching company Management Futures. I spoke to Phil about how team coaching can work with project teams. Phil, I’ve heard about coaching individuals, and I can see how you could extend that to a functional…

I told you about my trip to Paris to speak at PMI’s Ile de France chapter. The other speaker that evening was Christophe Campana, one of the founders of consulting company Campana & Schott. He told me how his company was changing its recruitment adverts in an effort to attract more female applicants. Currently only…

In this video I talk to Josh Nankivel from pmStudent.com, about new trends in project management (and some pitfalls), specifically around collaboration tools and social media. A transcript follows below. We’re on the bank of the Potomac River, in National Harbour, Maryland, just down from Washington, D.C. Josh Nankivel: Hello everyone! This is Josh from…