The Arras People 2011 Benchmark Report is out – and the study shows some interesting facts about pay.

Pay for female project professionals peaks at the £30k to £40k salary band. Salaries for women over £65k are rare, and only 15% of women earn over £50k.

Male salaries plateau between £30k and £50k with 47% of the male project community falling into this section. Another 40% earn over £50k.

Fair enough: you probably will find more women in project co-ordinator or support positions, or in part-time roles. But when you look at the respondents who specifically identified themselves as project managers, there are interesting parallels.

The gender balance is almost even between men and women earning less than £30k. The most common salary for female project managers falls in the £30k to £40k bracket.

Perhaps it is because we are paid less that women manage the cheap, small projects. Something isn’t right there.

The situation for contractors

Is maternity pay an excuse for sexism?

“Whilst these are interesting changes, it may be in part due to the distribution of gender across roles,” says the survey. This could well be the case. One respondent reported that ageism and sexism were “still allowed” in the contract market.

Just for the record, sexism at work is not allowed, although you only have to speak informally to women to know that discrimination of all sorts is still very much a part of working life.

Alistair Tebbit, Institute of Directors spokesman, believes sexism at work will get worse with the EU voting to extend maternity leave to 20 weeks on full pay. “It is not desirable for the EU to create a large tax, in effect, on employing women,” he said in an article in The Star [link removed June 2020 as it is not longer available]. “Such a step is unlikely to improve the prospects of women in the workplace.”

MEPs also voted to give men two weeks’ paternity leave at full pay. The European Council now has to discuss the proposals, and this could take some time.

I’m all for laws increasing maternity pay, but I’m also keen to see effort put into enforcing some of the equal pay legislation we already have. In the meantime, women (pregnant or not) have 58 years to wait before they earn the same as their male counterparts. I really hope we can do better than that.

This article first appeared in 2011.

I caught Inside Africa at the weekend and heard Swanee Hunt from the Women and Public Policy Program at Harvard talking about the role Liberian President Ellen Johnson-Sirleaf is playing in furthering the involvement of women in government. Hunt said that the President is taking a ‘feminine’ approach to her first months in government by… 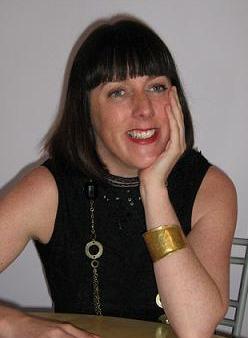 It’s Ada Lovelace Day, and in honour of the great woman here is an interview with a modern great woman in technology, Dr Sophie Kain. My conversation with Sophie went on a bit, so I’ve split it into two pieces: one for you to read with morning coffee and one for afternoon tea. Sophie is…

This is part two of my interview with Sophie Kain, director of Prior Kain Ltd, in honour of Ada Lovelace Day. Missed the first bit? Find it here. One of the biggest issues for programme managers (well, for me) is the transient nature of a team over the lifecycle of work, especially when a programme…