This is going to be long, so here’s the summary:

Now, if you want the full story, read on.

How did we get here?

In 2007 APM announced its intention to achieve Chartered status for the project management profession. APM explains why as follows:

As a UK charity dedicated to acting for the public good, it is committed to gaining Chartered status on behalf of the project management profession in the UK. That will secure recognition, status and enhanced standards for the profession at a time when the UK’s need for effective and efficient project sponsorship and delivery is greater than ever.

PMI made an application to object to APM receiving Chartered status and that kicked off a long process of judicial review, the results of which were announced on Thursday.

Why did PMI object?

I have searched all over for an explanation of why online, but I can only find the original email sent out to members by the PMI UK on 9 June 2012 which sets out these reasons:

The first point on the list is particularly important. In 2009 the Minister of State at the Department for Business Innovation and Skills notified the Privy Council Office that his department did not recommend granting Chartered status to APM because of this reason – APM should have as members most of the eligible field for membership and he didn’t feel this criteria was met.

Well, APM did some lobbying. The government changed, new people got put in charge, the departments involved were reorganised and someone new looked at the evidence again. In 2011 the Department for Business Innovation and Skills withdrew its objection.

PMI’s concern that the Royal Charter will result in an anti-competitive advantage for APM’s members was rejected. While PMI and APM compete for membership and membership fees, the representative from the Office of Government Commerce said that it would be in the public interest for the APM to be granted Chartered status because:

With a unanimous approval now on the cards, APM asked for its application to be taken off hold and to be considered by the Privy Council.

What did the Privy Council decide?

The Privy Council considered the application and the objections and came to a decision. On 4 July last year the Treasury Solicitor (who works on behalf of the Privy Council and the Cabinet Office) notified PMI that they would be recommending to the Queen that APM are granted a Royal Charter. This recommendation was due to go on the agenda for a meeting in October 2013.

PMI challenged that decision – three of their challenges were rejected out of hand and two were maintained. This meant that those two claims had to be fully assessed, so the Chartered status application went before a judicial review earlier this month.

So PMI challenged again? What did the judge decide?

Mr Justice Mitting said that he believed this was the first time that the grant or refusal of a Royal Charter has been the subject of litigation, which makes this case pretty ground-breaking!

The first challenge: decision was biased and pre-determined

First, they alleged apparent bias (because the government might make more money from their PRINCE2® qualification as this can count towards APMP) and actual pre-determination (because there is a long history of government interactions with APM).

No reasonable person could reasonably believe that Government support for the grant of a Royal Charter to APM could possibly be motivated by the desire to profit financially from the promotion of its own PRINCE 2 qualification. Further, even if such a motive could be inferred, it would not vitiate the decision.

I had to look up ‘vitiate’. If it’s new to you too, it means ‘weaken the effectiveness of’. So basically the government has the right to make decisions in its financial interest if it wants.

The objection that as APM and the government have worked closely together the decision was practically a given was also rejected. Mr Justice Mitting said that decisions are not made in a vacuum and that prior involvement with the APM would have influenced the decision, but that the review process conducted by government officials was robust.

The basis for PMI’s second challenge was that the recommendation to grant a Royal Charter was contrary to the Privy Council’s published policy.

Mr Justice Mitting explained a bit about the history of judicial reviews and concluded: “I cannot see how PMI’s challenge can be brought within the established framework of judicial review and I would be prepared to dismiss its claim on that ground alone.”

But he went ahead and reviewed the challenge anyway.

There are five points in the policy for bodies who are applying for Chartered status, and PMI claimed that APM failed to meet three of them. However, Mr Justice Mitting said that the policy makes it clear that these are guidelines and that each case will be decided on merit. Therefore an application that looks like it doesn’t meet the published policy won’t automatically fail.

And what does that mean? The recommendation that APM is granted Chartered status can go before the Queen’s representatives. While there might be some other steps in the application process, I think it will be ratified which means Chartered status is go.

I haven’t seen a public announcement yet from APM about the next steps for them but we await that announcement with bated breath. Watch this space…!

You can read APM’s statement online and read the whole judgement on the BAILII website.

Thank you to all for a wonderful 2018

In February 2011 I fell off the stage while giving a presentation. I was talking about using social media on projects to PMI’s UK Chapter, giving The Presentation With The Mixed Feedback that I also delivered in Washington the year before. The event was hosted in the wonderful Thomson Reuters auditorium, although it was daunting…

Touching wood last week must have worked as lo and behold, after a few days of stamping my feet in a Gallic way my licences have arrived. And I already have one very happy client holding meetings with our Australian office, albeit rather cruelly on a Friday morning. Which is 6.30 pm Oz-time, when our…

I attended my first PMI UK Chapter meeting recently and the topic was Lean Six Sigma and Project Management: A Marriage Made in Heaven? I’m not sure what marriage had to do with it, but the presenter, Ishai Perelman, PMP®, Master Black Belt and a senior managing consultant with Pcubed, certainly pointed out the links… 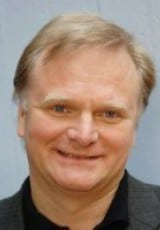 Bjarte Bogsnes, Vice President – Performance Management Development at Statoil, spoke about a new way to budget, forecast, lead and manage at Nordic Project Zone. I talked to him to find out more about the ideas he’ll be presenting. You can read the first part of this interview here. Bjarte, what you are doing at…